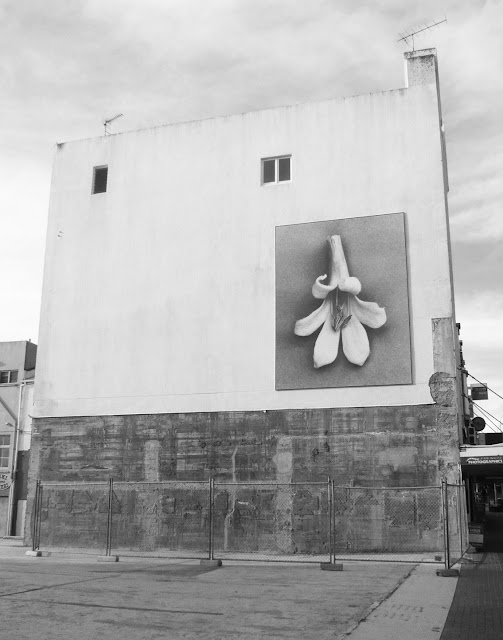 I last saw Peter Peryer a week before I learned of his death. I bumped into him outside a small collection of shops that constitute the suburb centre of Frankleigh Park, New Plymouth. We stood in the sun, between a retro furniture store, Mid-Century Found, where Peter revealed he often went in search of inspiration, and Ruby, a templated café recently passed into Asian ownership, from which Peter was about to buy ramen noodles for his dinner that night. They do a good ramen, he assured me.

Peter’s recent health could be well described as a rollercoaster. He wasn’t well, by his own admission, but on that day, on that footpath, standing in the hopeful spring sunshine, he conceded to feeling good. Really good. New works were in the making, sales were strong, his film with Shirley Horrocks was progressing, he had just installed a new printer, had heard whispers on who might be the next director of the Govett-Brewster.

On that footpath in early November he was both excited and exciting, engaging and energised, perhaps in the way that sometimes comes with an unknown build up to an end. A sprint to the finish.

I first met Peter Peryer in early 2003. He had moved to New Plymouth and was connecting with the Govett-Brewster Art Gallery, where I was working as the marketing and audience development manager. I organised his slides for a presentation, beamed large on a screen overhead. He paused, mid-speech and sought a moment from the audience. He hadn’t seen his work that large, though a few years later would have them elevated to billboards in central New Plymouth and beyond.

I helped him format some small publications, reviewed some writing – not an artist statement, I should add. We talked art, politics, life beyond the provinces, and as did so many others, I felt both welcomed and privileged to be part of his circle. It feels fitting that his death notice in the Taranaki Daily News acknowledges his friends before his family.

The connection between his extensive network and our little region is now lost, and Taranaki is a little more isolated as a result. Peter was a constant reminder that people, not institutions, connect the regions to the core.

On a visit to our home the children were in hushed awe of Peter sitting at the kitchen table. They pass his works countless times a day, but here was the art world, personified, drinking tea.

We also lost, last Sunday, a champion of looking differently at the everyday. Peter made it okay to see things, question things, to find the humour, to challenge context, in art, but also in life. In that way, he sat at the top of his game, yet always had the time to chat.

Over the years our paths collided on many occasions: passing on the street, at a gallery opening around the country, or an encounter in a café. All were characterised by a warm welcome, a discussion of the politics and possibilities of the art world, and a departure with a smile and hope.

I will forever remember Peter’s excited response to any new, speculative intelligence about the art world and its people, places and politics: a twinkle in the eye, a curious – almost mischievous - smile and a hearty “Ha! Is that true?”

Here's what two and a half years of standing on a
street corner in New Plymouth nets you...
at 11:52 am No comments:

Cheap at twice the price.

One month to go. 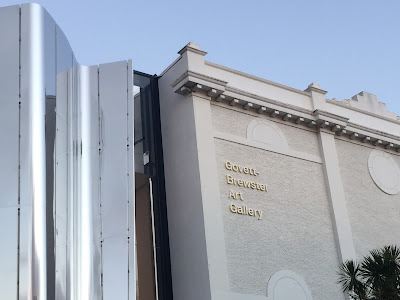 Yeah, I had a blog once